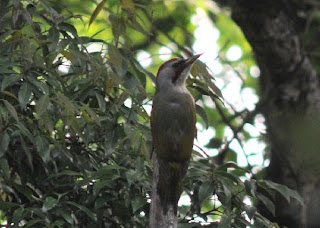 I went to Maioka-koen for early birdwatching, again in this Sunday.
Although spring migration season, somehow, very little voice is heard in the park.  Howfinch is still heard, though it sits behind leaves.  A thrush was seeen along the trail but hid into the bush quickly.
A male Narcissus Flycatcher was calling loudly but is nervous and sit high near the canopy while Great Tit looks busy for taking care of the chicks.
Although several Chinese Bamboo Partridge were seen last week, there were only voices in this morning. 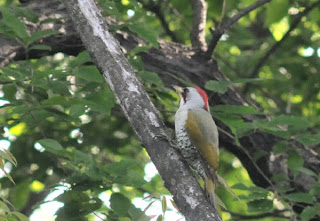 A male Japanese (Green) Woodpecker was seen well in a trail while I was waiting for the Narcissus Flycatcher.  It seems the woodpecker is nesting as the male was carrying worms to somewhere. 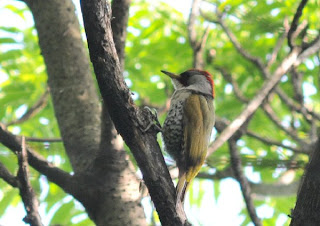 Posted by Eurylaimmus at 11:37 AM No comments: 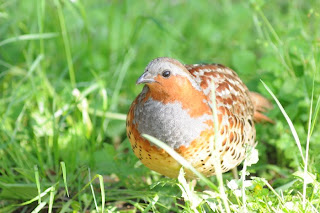 I woke up at 5:00 AM and visited Maioka Koen park in the morning.
Some Brown-headed Thrush, at least one Pale-legged Warbler and Eastern Crowned Warbler were singinng, though they did not show nice view.
A male Narcissus Flycatcher was also singing in the dense forest.
Chinese Bamboo Partridge was very active and allowed to take some pictures. 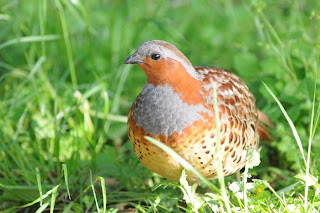 Posted by Eurylaimmus at 10:14 PM No comments: 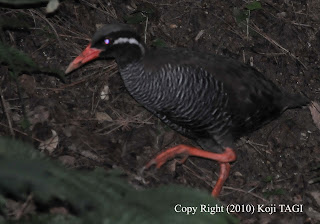 As I was able to see all three target species yesterday, I decided to spend most of my time to look for Okinawa Rail in the morning and photograph Ryukyu Robin afterward.

I woke up at 5:00 AM as yesterday and drove northword from Nago City.  Ryukyu Robin and Light-vented Bulbul sometimes crossed the road.  Although I was carefully watching roadside, I did not have good luck to see any rail.  Once I found a pair of rail, it was White-breasted Waterhen, which is common in Okinawa. 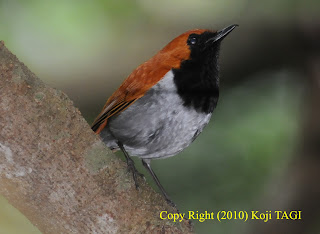 A Okinawa Rail was found in the forest edge in northern Kunigami Village.  Luckily, it did not run into the bush and kept feeding roadside.  The stripe body with red beak is so distinctive and more hundsome than my thought.

After the encounter, I drove into a forest trail.  Although I was able to hear some Okinawa Rail's call, there was no more luck to see the rare rail.

Okinawa Woodpecker was sometimes seen along the trail though it was normally very shy and kept in the lower dense vegetation. 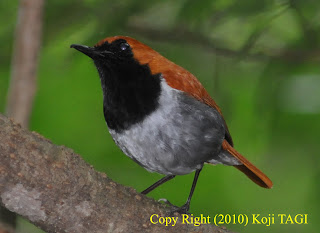 In the hill station of the forest, I heard a Japanese Paradise Flycatcher and Narcissus Flycatcher were singing.  Although I waited for a while, they kept in the dense bush.

As I needed to go back to the Naha International Airport by 3:30 PM, I needed to leave Kunigami Village around 11:00 AM..  I decided to drop off Hiji Waterfall once again.

When I arrived in the waterfall, there were already some tourists.  Although I did not expect good encounter of Ryukyu Robin and Okinawa Woodpecker, I saw the two species once again.

Ryukyu Robin is generally tame bird and often comes closer to people.  I was so happy to take some nice pictures of the robin in the end of my trip. 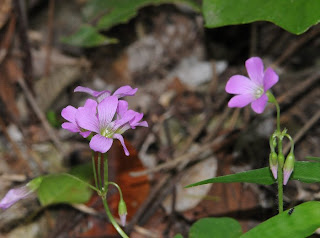 Birds seen during the two days are as below.

Posted by Eurylaimmus at 10:05 PM No comments: 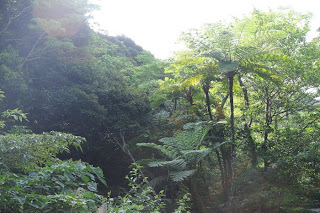 I hadn't been able to go birding due to too much work for a while.

As I had a mission in Naha, Okinawa on 16 April and free days in the weekend, I decided to go to Yambaru, where I had never been before.

I hired a car in Naha in the Friday evening and left Naha around 5:30 AM in the morning.  Driving to Nago City was confortable without heavy traffic.  After Nago City, I followed route 58 toward Kunigami Village.  Accordingly my friend, northern tip of Okinawa island is a good point to see 3 target species. 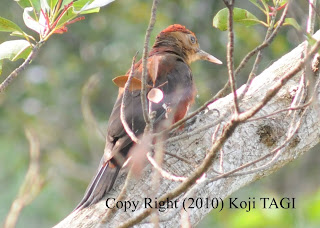 Before going to the northern end, I dropped off at Hiji Waterfall (Hiji-no-Otaki).  Immediately after getting off the car at the car park, I heard several calls of Ryukyu Robins.  Yes, the Robin was found at the camp site!

In the camp site, I was also very lucky to see  a male Okinawa Woodpecker.  The woodpecker reminds me Maroon Woodpecker or Orange-backed Woodpecker of Southeast Asia.

Hiji Waterfall is a famous site for Ryukyu Robin.  I saw at least 10 individuals (both male and female) within 2 hours. 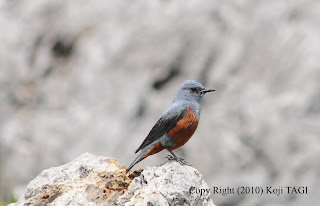 During day time, although I visited northern Kunigami Village, I did not have a chance to see anything noteworthy.

In Cape Hedo, I enjoyed watching several Blue Rock Thrushes.  The rock thrush is very common in Okinawa and is found even in downtown.

Japanese Pygmy Woodpecker is common in forest in the village while Great and Varied Tits are frequently seen.

In the late afternoon, I spent my time for looking for Okinawa Rail in northern parts of the village.  Around 5:30 p.m., I finally found an individual of rail nearby the road. 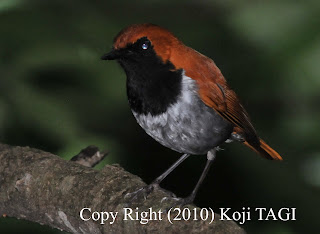 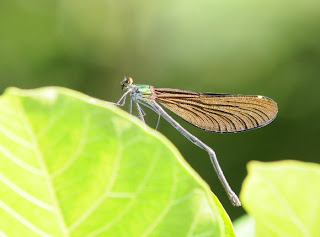 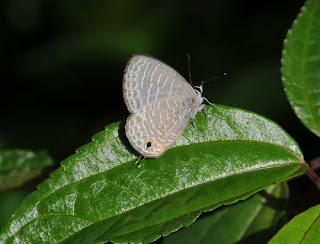 Posted by Eurylaimmus at 9:45 PM No comments: